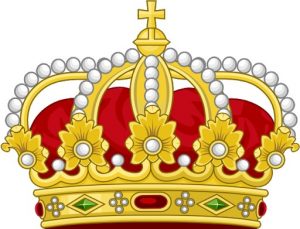 King Ego is a friend.  I have blogged about him before, but this is the first time I am calling him “King Ego.”

When King Ego makes a pronouncement, no amount of evidence will convince him otherwise.

“What about all the witnesses who say shots came from the grassy knoll?” I ask.

“The Dallas police and the FBI interviewed Oswald.  Here is a man who allegedly shot the president, but no one has any notes or recordings as to what he said.  Also, there was no crime-scene protection.”

“Well, the Dallas police were not sophisticated back then and did not know that they had to take notes or protect crime scenes.”

“What?  Who said that?  What is your source for that information.”

“In a documentary about Sam Giancana, Giancana told his brother that the mob used Oswald as a patsy and that three hitmen shot Kennedy.”

King Ego loves to go about all the famous people who have no talent.  Last week I was on the telephone listening to him tell me how Lady Gaga has no talent.

I am in an apartment in downtown Toronto.  King Ego is 20 miles (32 kilometers) away from me in a house in Scarborough.   And he feels that I do not need a blanket for my legs because HIS legs are not cold.